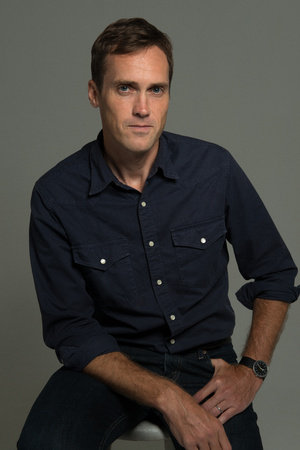 TOM VANDERBILT has written for many publications and is a contributing editor of Wired (U.K.), Outside, and Artforum. He is the author of Traffic: Why We Drive the Way We Do (and What It Says About Us) and Survival City: Adventures Among the Ruins of Atomic America. He has been a visiting scholar at NYU’s Rudin Center for Transportation Policy and Management, a research fellow at the Canadian Centre for Architecture, a fellow at the Design Trust for Public Space, and a winner of the Warhol Foundation Arts Writers Grant, among other honors. He lives in Brooklyn, N.Y.

Tom Vanderbilt writes on design, technology, science, and culture, among other subjects, for many publications, including Wired, Outside, The London Review of Books, The Financial Times, The Wall Street Journal, The Wilson Quarterly, Artforum, The Wilson Quarterly, Travel and Leisure, Rolling Stone, The New York Times Magazine, Cabinet, Metropolis, and Popular Science. He is contributing editor to Artforum and the design magazine Print and I.D., contributing writer of the popular blog Design Observer, and columnist for Slate magazine.

His most recent book is the New York Times bestseller Traffic:Why We Drive the Way We Do (and What It Says About Us), published by Alfred A. Knopf in the U.S. and Canada, Penguin in the U.K. and territories, and by publishers in 18 other countries. He is also the author of two previous books: Survival City: Adventures Among the Ruins of Atomic America (Princeton Architectural Press, 2002; published in PB by the University of Chicago Press in 2010), an offbeat architectural travelogue of the nation’s secret Cold War past; and The Sneaker Book (The New Press, 1998), a cultural history of the athletic shoe (published in Italian and Swedish editions). His early writings for The Baffler have been collected in two anthologies, Commodify Your Dissent and Boob Jubilee (W.W. Norton, eds. Thomas Frank and Matthew Weiland), and he has also contributed essays to a number of books, including New York Stories: The Best of the City Section of the New York Times (New York University Press); Supercade: The Visual History of the Video Game Age (The MIT Press), Else/Where: Mapping (The University of Minnesota Press, 2006),Quonset Hut: Metal Living for a Modern Age (Princeton Architectural Press, 2005), The World and the Wild (The University of Arizona Press), and The Thinking Fan’s Guide to the World Cup (Harper Perennial, 2006).

He has consulted for a variety of companies, from ad agencies to Fortune 500 corporations, and has given lectures at a variety of institutions around the world, from the Eero Saarinen Lecture at Yale University’s School of Architecture to the Australasian Road Safety Conference in Canberra. He has appeared on a wide variety of radio and television programs around the world, including NBC’s Today Show, ABC News’ Nightline, NPR’s Morning Edition, Fresh Air with Teri Gross, the BBC’s World Service and The One Show, MSNBC’s Morning Joe, Fox Business, and CNN’s Business Today, among many others. He is a Visiting Scholar at New York University’s Rudin Center for Transportation Policy and Management, and has received fellowships from the Andy Warhol Foundation for the Visiting Arts, the Design Trust for Public Space, and the Canadian Centre for Architecture. He is also a member of the U.S. Department of Interior’s Cold War Advisory Committee, a group studying the identification of sites and resources significant to the Cold War.